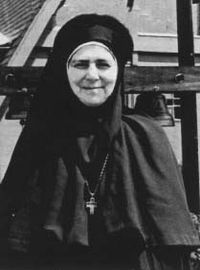 Ileana was born in Bucharest, Romania on 5 ianuarie, 1909 as Her Royal Highness Ileana, Princess of Romania, Princess of Hohenzollern. Before her marriage, Ileana was the organizer and chief of the Romanian Girl Guide Movement. She also was the organizer of the Girl Reserves of the Red Cross and of the first school of Social Work in Romania. She was an avid sailor. Princess Ileana earned her navigator's papers and owned and sailed the yacht "Isprava" for many years.

On 26 iulie, 1931, Ileana was married to Archduke Anton of Austria and Prince of Tuscany, a marriage encouraged by Ileana's brother, King Carol II, who was jealous of her popularity and wanted her out of Romania. [1]. Living in Austria, as World War II began, Ileana established a hospital at their castle, Sonneburg, for wounded Romanian soldiers after her husband was drafted into the German Luftwaffe.

In 1940, she and her children moved back to Romania where she began another hospital called the Hospital of Queen's Heart in honor of her mother Queen Maria of Romania. Included among those at the hospital, Princess Ileana sheltered and treated wounded aviators shot down during their raids on Romanian oilfields. There, she was joined by Archduke Anton who was placed under house arrest by the Red Army after Romania was occupied by the Soviet Union. However, after King Michael I of Romania abdicated on 30 decembrie, 1947, Ileana and her family were exiled from Communist Romania.

After leaving Romania, Princess Ileana and her children traveled through Austria, to Switzerland, to Argentina, and then in 1950 to the United States. In the United States, Ileana lectured against communism and worked with the Romanian Orthodox Church in the United States. She also wrote a memoir of her last years in Romania and a book describing the establishment and running the hospital. On 29 mai, 1954 Ileana officially divorced Archduke Anton and shortly later married Dr. Stefan Nikolas Issarescu on 20 iunie, 1954.

In 1960, her marriage to Stefan Issarescu ended in divorce. In 1967, after her children had grown, Princess Ileana entered the Orthodox Monastery of the Protection of the Mother of God, in Bussy, France. Later in 1967, Sister Ileana was tonsured a nun and given the name Mother Alexandra. She moved back to the United States and founded the Orthodox Monastery of the Transfiguration in Ellwood City, Pennsylvania. She served as abbess from 1969 until her retirement in 1981. She remained at the monastery until her death on 21 ianuarie, 1991.

In addition to a volume of memoirs, Mother Alexandra wrote a number of articles and books on spiritual and religious subjects, including "Meditations on the Nicene Creed", "Introduction to the Jesus Prayer", "The Holy Angels", and "Our Father".