The Greek Orthodox Archdiocese of Australia, headquartered in Sydney, is an eparchy of the Church of Constantinople. Its current primate is His Eminence Stylianos (Harkianakis), Archbishop of Australia and Exarch of Oceania.

In 1974 Abp Ezekiel was promoted to the Metropolis of Pisidia, and the current Archbishop, Stylianos (Harkianakis), was elected on 13 February 1974 and enthroned on 26 April, 1975. In 1977, Fr Ezekiel was consecrated to the episcopacy, becoming the titular bishop of Dervis. In 1979, the Greek Orthodox Archdiocese of Australia was a founding member of the Standing Conference of Canonical Orthodox Churches in Australia, with its archbishop being made permanent chairman of SCCOCA.

The first new parish for many years, St Therapon in Warhoonga, northern Sydney, began services in February 2006. Soon after, St. Andrew's Orthodox Press published their first book, The Divine Liturgy of Our Father among the Saints John Chrysostom, a bilingual text. See below

Archimandrite Iakovos (Tsigounis) was elected to be an auxiliary bishop for the Archdiocese of Australia, with the title of Bishop of Militoupoleos. Bishop Iakovos is the first Australian-born bishop to serve in Australia, and in the Archdiocese, and the first graduate of St Andrew's Theological College to be made a bishop. 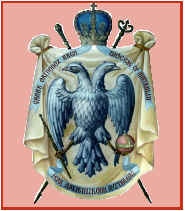 The Greek Orthodox Archdiocese of Australia is treated as one single archdiocese with five archdiocesan districts: New South Wales and the Australian Capital Territory; Victoria and Tasmania; South Australia and the Northern Territory; Queensland and New Guinea; and Western Australia. To assist the archbishop, he has a number of assistant bishops - currently four - overseeing the !118 parishes, communities and monasteries across Australia.

Organisations of the Archdiocese

The Archdiocese has numerous successful organisations under its wings. Each of these organisations and schools have been built by donations of the faithful and by contributions by the Australian government.

In 1982, the Archdiocese began the St Andrew's Greek Orthodox Theological College in Sydney as a part of the School of Divinity of the University of Sydney. Archbishop Stylianos currently serves as the dean of St. Andrew's, while Bishop Seraphim serves as sub-dean. As the lone Orthodox Theological College in Australasia, it often accepts students of other jurisdictions.

The Archdiocese boasts seven bilingual colleges around Australia, including primary and secondary education, offered to both children of the Church and Australians alike. Each school has between 650-1000 students who enjoy education in all disciplines, including Greek language, culture and the Orthodox Christian faith.

Byzantine chanting is a key part of liturgical services in the Archdiocese. Two performance choirs have been formed: the Byzantine Ecclesiastical Choir "Saint John of Damascus" in Adelaide under Elias Frangoulis, the Archon Protopsaltis of the Greek Orthodox Archdiocese of Australia; and the Australian Byzantine Choir in Sydney, now under George Combis, which in addition to performing, first provided a place for Sydney's chanters to be taught, and then provided two of the three teachers for the Archdiocesan School of Byzantine Music, established in 2005 under the auspices of Saint Andrew's Greek Orthodox Theological College. Both choirs, and the school, teach and perform Byzantine chanting in Greek. 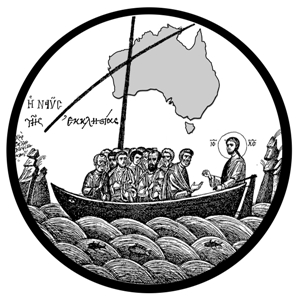 St Andrew's Orthodox Press, established to publish the TO VEMA newspaper [1], Phronema and The Voice of Orthodoxy, has recently begun publishing books. Publications range from liturgical books (e.g. the Archdiocese's official translation of the Divine Liturgy) to translations and publications by faculty of the Theological College.

St. Basil's Homes (Australia), operate around Australia in each capital city since 1969 caring for all needs of the aged in their numorous facilities as well as delivering care into the homes of the Greeks under a variety of community care programs. St. Basil's cares for about 1200 aged Greeks in Australia. In 2006 St. Basil's commissioned a new $34 million state of the art facility in Miranda to the south of Sydney. 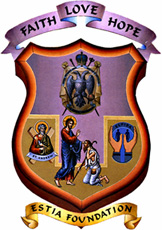 The Greek Welfare Centres, operating for over 35 years under government funding and charity in each capital city and other cities of Australia. The 150 staff of the Greek Welfare Centres around Australia offer a large variety of programs and catering for the enormous varience in the needs of the hundreds of clients that flow throught their offices and their satellite centres each week.

The Fourth Archdiocesan District of Queensland and Papua New Guinea (10 parishes and communities) is cared for by Economos Dimitri Tsakas, the Archepiscopal Vicar for this district.